2016 Markiert nicht nur Meyer Tool Polen 10 year anniversary but also the opening of a 70,000 square foot addition. This brings us to a total of 120,000 square feet in Kalisz Poland’s fastest growing industrial region.

Starting in 2006, a co-location arrangement was made with Pratt and Whitney. By 2013, Meyer Tool Poland had outgrown the available space this arrangement provided and needed to expand. A 50,000 square foot facility was built on Meyer-owned land. Due to all of the hard work and attention to detail by our 201 Polish native employees, the need for another expansion came quickly. A new addition was completed in late 2016, just in time for the 10 year anniversary. In addition to honoring all 201 Meyer Tool Poland employees, special 10 year service awards were passed out to the 75 individuals that have been with Meyer since the beginning. 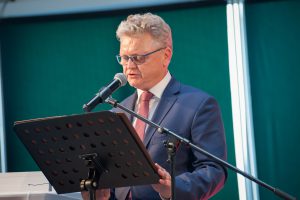 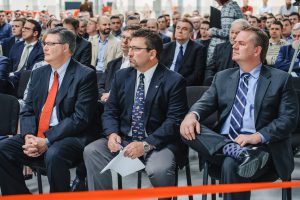 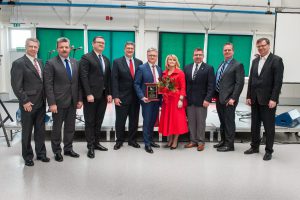 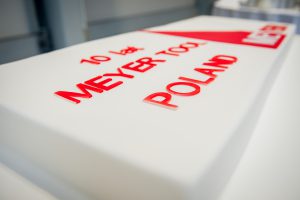